FRONTAL NUTRITION LABELLING IN THE ASSESSMENT OF BREAKFAST CEREALS 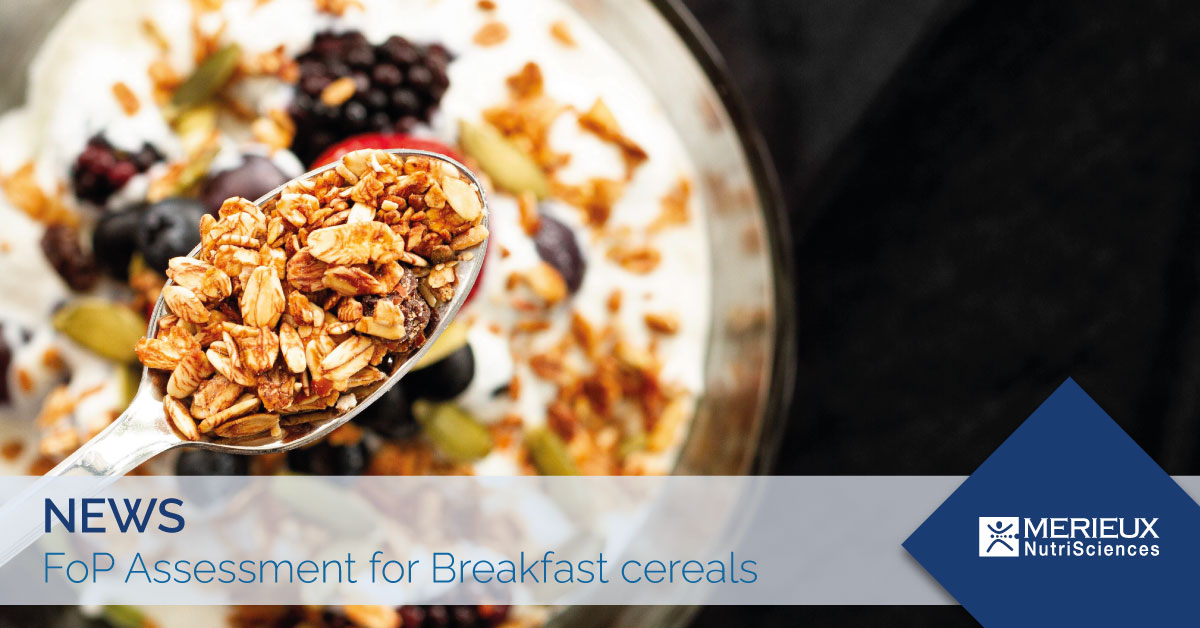 The Portuguese National Institute of Health Dr. Ricardo Jorge, through its Department of Food and Nutrition, conducted a study with the purpose of classifying the nutritional quality of breakfast cereals by the application of two FoP labelling systems: Nutritional Traffic Light and Nutri-Score.

The high sugar content of some products available on the market may compromise their suitability for a healthy diet, although they are generally considered a healthy choice.

Applying the nutritional traffic light to a group of 50 breakfast cereals, it was observed that only one product was classified with four green at the same time (best score obtained) and only two products were classified with two red at the same time (worst score obtained). However, 56% of cereals (> 22,5 g/100 g) were given the red colour for their sugar content as well as 86% for children's cereals.

Applying the Nutri-Score system, yellow was attributed to the majority of breakfast cereals evaluated (60%), as well as to 57% of infant cereals and 64% of non-child cereals.  None of the products evaluated was attributed to the colour dark orange, a category of lower nutritional quality. It should be noted that only 18% of the 50 breakfast cereals analysed were considered healthy.

A front-of-pack nutritional information system (FoP) was one of the initiatives proposed by the World Health Organization (WHO) to improve food choices and, consequently, the health of the population. Nutrition labelling emerges as an important tool to make consumers aware of the nutritional content of food, enabling them to make more aware, informed and healthy choices.