Skip to main content
Home > Nutrinform Battery: state of the art after the publication of the User Manual
July 22, 2021
Labeling
Regulatory 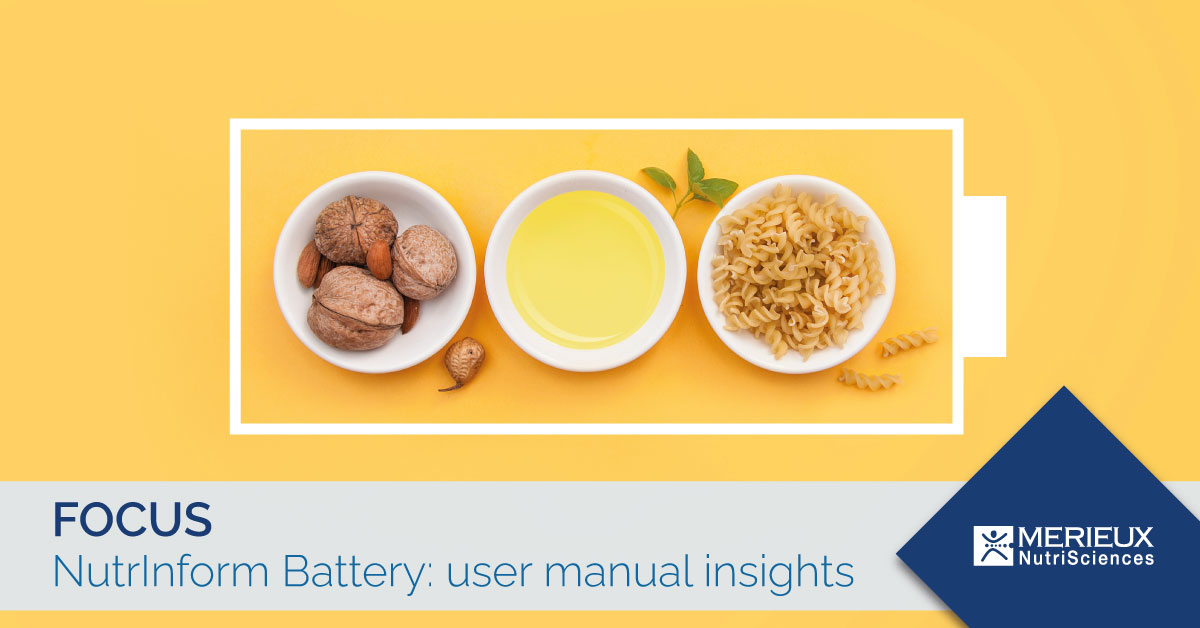 On January 19, 2021, the expected NutrInform "User Manual" was published, which clarifies the conditions of use of the Italy’s NutrInform Battery brand whose use, as a form of voluntary complementary presentation to the nutritional declaration, was established by the Decree of November 19, 2020.

The affixing of the logo, represented by the graphic representation of a battery (see image below), is the all-Italian alternative to traffic light management systems (Nutriscore, etc). Unlike the Nutriscore which assigns a score to the food, the nutriform battery was born with an "educational" objective, that is to inform and educate consumers on the energy and nutrient needs taken with a portion of food and above all to guide them in the conscious choice of food present in supermarkets.

One of the main innovations introduced by the user manual is the definition of a list of standard portions for each product category, on the basis of which the Nutrinform battery must be calculated.

The manual specifies that "The presence on the market of sales units of different formats, sometimes lower than the standard portion, sometimes even slightly higher, could represent a confounding factor for the correct information of the consumer" for this reason it provides practical examples on how determine the portion based on the net weight of the package and the presence or absence of single doses.

It should be noted that in the case of voluntary application of the "NutrInform Battery", it is mandatory for companies to progressively extend it to all products belonging to the same product category.

This constraint was created with the aim of preventing companies from applying the logo only on products with a nutritional profile characterized by low fill levels. In this way it is avoided to convey the choice of consumers only towards some products over others.

Another aspect that is far from negligible, and that the manual does not seem to clarify, is its use in other European countries. This aspect is crucial for many producers who export abroad.

In fact, in the event that the sale is carried out in a country of the Union, it is considered plausible that the authorities of the country of destination could challenge the application of Article 7.2 (of Reg. (EU) 1169 ed) and therefore consider the logo as unclear information to the consumer.

The introduction of the Nutrinform battery seems to complicate even more the jagged scenario of frontal nutritional labeling at European level.

In this regard, according to the action plan for the EU Farm to Fork strategy, the European Commission intends to present, by the end of 2022, a proposal to harmonize mandatory frontal nutrition labeling and finally clarify an aspect that it greatly involves the producers involved in exporting to the European market.

EXPIRATION OR BEST BEFORE DATE?