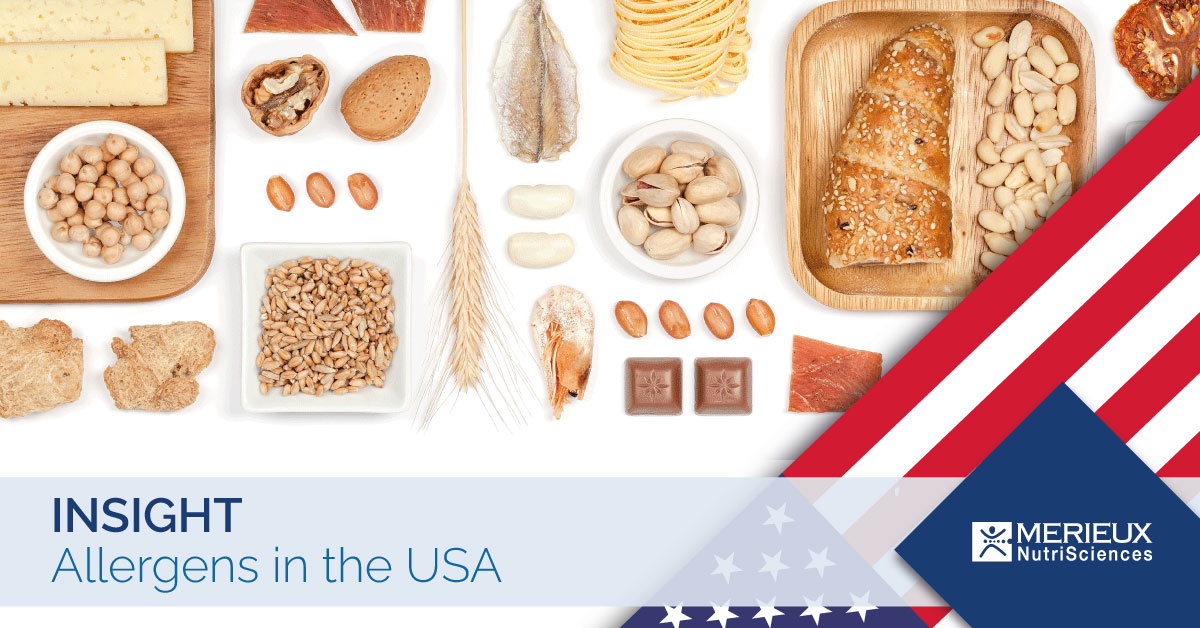 Most industrialized countries have defined a list of substances considered as food allergens and for which consumers are required to be informed through product labeling.

Most countries follow the recommendations of the Codex Alimentarius (CXS 1-1985), which identifies the following substances as causing hypersensitivity:

Despite these indications from FAO and WHO, the legislations of the various states around the world have implemented this standard in different ways, creating different lists of allergens country by country. In the European Union the list of substances considered allergens is contained in Reg. 1169/2011, where 14 substances are listed.

DIFFERENCES BETWEEN EU AND US

In the USA, allergens are identified with the following substances:

The first difference with European legislation is in the definition of wheat and gluten. With the term "wheat", in the US legislation, we mean every species of the genus Triticum:

There is no explicit reference to gluten and consequently cereals such as barley, rye and oats are not considered as allergens.

The second important difference is in the definition of nuts, where "tree nuts" means the following varieties:

We note in particular the presence of fruits such as chestnuts, coconut and pine nuts which in Europe are not counted among the nuts.

The third important difference is the lack of 6 substances: celery, mustard, sesame seeds, sulfur dioxide and sulphites, lupins and molluscs.

Regarding sesame, the FDA published on 10 November 2020 a proposed guideline for the voluntary labeling of sesame in order to encourage manufacturers to list sesame in the ingredient list when used as a flavoring or spice, or when the An ingredient name does not explicitly refer to sesame (such as "tahini"). Although it is not listed among the 8 major food allergens that need to be included in allergen-specific labeling, sesame has been identified as a substance that can cause allergic reactions as a result of a study that began in 2018 and has significantly increased in the case history. US population. For this reason, the FDA recommends manufacturers to insert in brackets after the name of the ingredient that contains sesame, such as: Aroma (sesame) or Spices (sesame).

Currently the proposed guideline is the subject of a public consultation at the end of which the FDA will publish a final version, producers and importers will have to adapt their labels for the safety of their consumers.

Regarding sulphites and sulfur dioxide, the US Food and Drug Administration (FDA) requires that the presence of sulphites be declared on food labels when used as a direct ingredient in food, when used as processing aids or when they are present in an ingredient used in the food (e.g. dried fruit in pieces). Sulphites must be declared in these cases when the concentration in the food is ≥10 ppm of total SO2.

As for celery, mustard, lupins and shellfish, at present they are not counted among the allergens to be declared on the label according to US federal legislation.