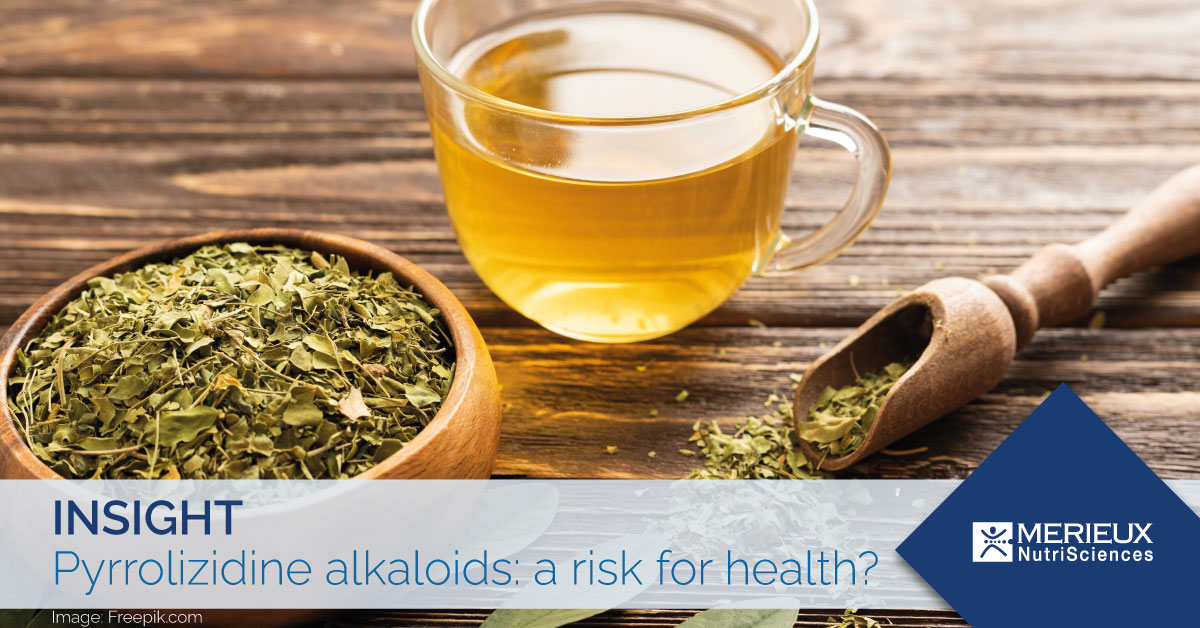 The European Commission, given the studies collected on the toxicity and risks associated with the exposure of toxins known as pyrrolizidine alkaloids, has published Reg. (EU) 2020/2040 on the maximum levels allowed in certain food products.

What are pyrrolizidine alkaloids?

Pyrrolizidine Alkaloids (PAs) are a large group of natural toxins synthesized, as secondary metabolites, by different plant species. The synthesis of toxins is the weapon used by some plants to defend themselves from herbivorous animals or parasites.

Around the world there are about 6000 species of plants that produce these toxins, and specifically they are synthesized by the Angiosperm family of which the species are part: Asteraceae, Boraginaceae, Heliotropiaceae, Apocynaceae, Orchidaceae and Fabaceae.

PAs constitute a group of alkaloids formally derived from pyrrolizidine. They are described as a combination of pyrrolizidine moieties with a pool of different mono- or dicarboxylic acids. In particular, PAs with a double bond in position 1,2 of the pyrrolidizine ring are considered to be of higher toxicity due to their potential to undergo metabolic activation and form reactive species that could react with proteins and / or DNA. .

Where can they be found?

It has been shown that continuous and long-term exposure to high levels of PA could represent a problem for human health and could cause carcinogenic and genotoxic effects for regular consumers of preparations based on plant extracts and honey.

EFSA's panel of scientific experts, CONTAM, which deals specifically with contaminants within the food chain, has identified a class of PA, known as 1,2-unsaturated PA, as responsible for the carcinogenic and genotoxic effects. on humans, particularly in the liver. Examples are case reports from countries such as India, Afghanistan, Tajikistan, where the hepatic toxicity of unsaturated PA 1,2 is well known. Although all age groups have been affected, it is children who are particularly vulnerable to the effects of this toxin.

In addition to the liver, usually identified as the target organ, other organs that are generally affected are the brain and the nervous system. Some PAs, other than unsaturated PA 1,2 toxin, in addition to liver damage, could cause pulmonary arterial hypertension and right ventricular hypertrophy.

How Europe is moving

The risk assessment based on exposure to these toxins is continuously updated on the basis of new data collected and on the basis of scientific evidence. For this reason, EFSA recommended carrying out further studies on toxicity and carcinogenic risks related to the presence of the most common toxins (17 to be exact) present in food.

In light of the data collected by EFSA, the European Commission has published the Reg. (EU) 2020/2040 of 11 December amending the Reg. (EC) 1881/2006, which provides for the maximum permitted levels of PA in certain products such as herbal infusions, teas, food supplements containing plant and pollen ingredients, pollen and pollen products, some herbs and seeds.

The regulation will be applicable from 1 July 2022 with a transition period extended until 31 December 2023 to allow all operators to adapt to the provisions issued by the legislation.