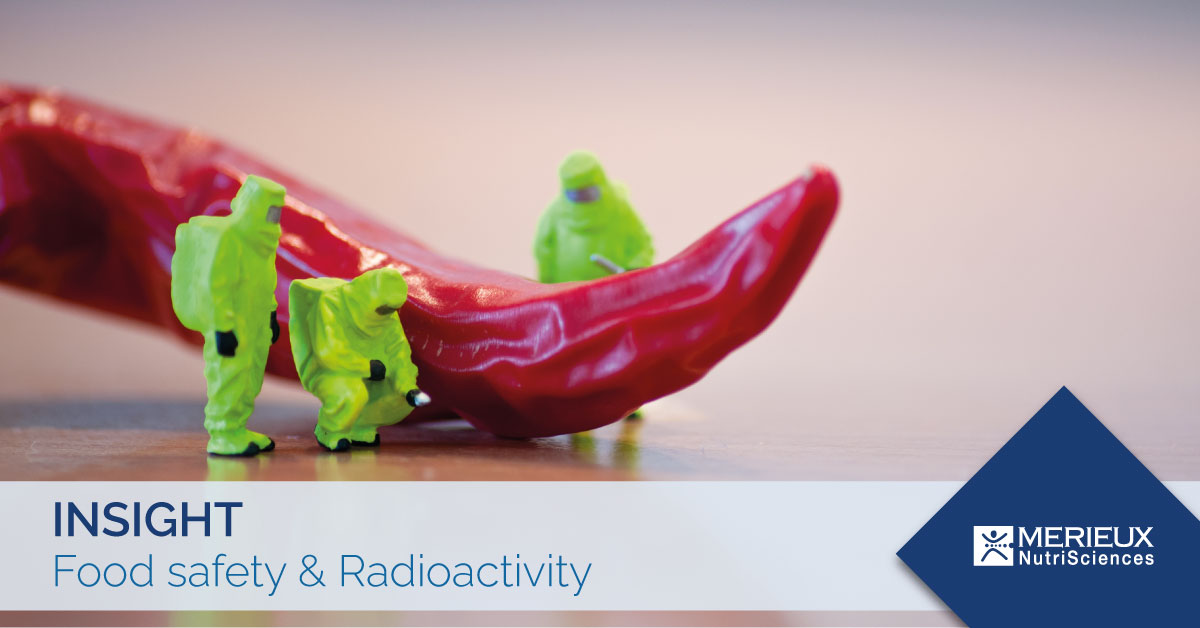 Radioactivity consists in the emission of high-energy ionizing radiation, which occurs following the radioactive decay of the radioisotopes of some chemical elements and which, interacting with matter and / or organic tissues, are capable of causing damage to molecular structures. Ionizing radiation can be of natural origin (emitted by chemical elements present in the environment) or anthropogenic (emitted as a result of industrial activities, nuclear accidents, radiological emergencies).

Currently, due to the nuclear catastrophes that have occurred in history, including Chernobyl '(1986, Ukraine) and Fukushima Dai-ichi (2011, Japan) and the exponential increase in anthropogenic activities, the presence of radioactive substances in the environment it is very high and this is a major concern for public health.

Human beings are daily exposed to the harmful effects of radiation which can be absorbed directly (by inhalation, dermal absorption, etc.) or indirectly (through contaminated food and water). This can cause damage of the bone marrow, reproductive system, digestive system, thyroid and cancer.

The alerts on foods contaminated by radionucleotides are increasing considerably (+83% in the last period). The category of product most affected by food alerts is fruit, vegetables and legumes (mainly mushrooms) from highly contaminated areas such as Eastern Europe, Turkey, Japan and Russia. The transmission of radionucleotides to humans also occurs through the consumption of contaminated animal products such as meat, eggs, milk, proteins and fishery products that make up 70% of human food. (Source: Safety Hud).

The import of these products from third countries requires great care. At present, the current legislation is very attentive to the problem and imposes strict controls on food and water intended for human consumption, coming from contaminated countries at high risk. (Reg. EURATOM 2016/52; D.L.28/ 2016; Reg. (EU) 2020/1158; Reg. 6/2016). However, the European Community is actively working on this issue also because of the decision by the Japanese authorities to release, in the Pacific Ocean, the radioactive-rich seawater used to cool the reactors at the Fukushima nuclear power plant following the nuclear disaster. The spill of water would have to begin in two years and although the water, before its spill, will endure to a remediation process, has been shown that it will continue to contain tritium, the radioactive isotope of hydrogen, which could have a negative impact on the marine ecosystem.

For the protection of public health and for the success of company productivity (avoiding recalls and withdrawals of non-compliant products) it is necessary a careful selection of suppliers and an accurate control of raw materials, semi-finished products and incoming finished products, through the planning of targeted analytical plans that demonstrate compliance with regulations on food radioactivity and food healthiness.

You can find these and more insightful information about food safety and alerts in Safety Hud.